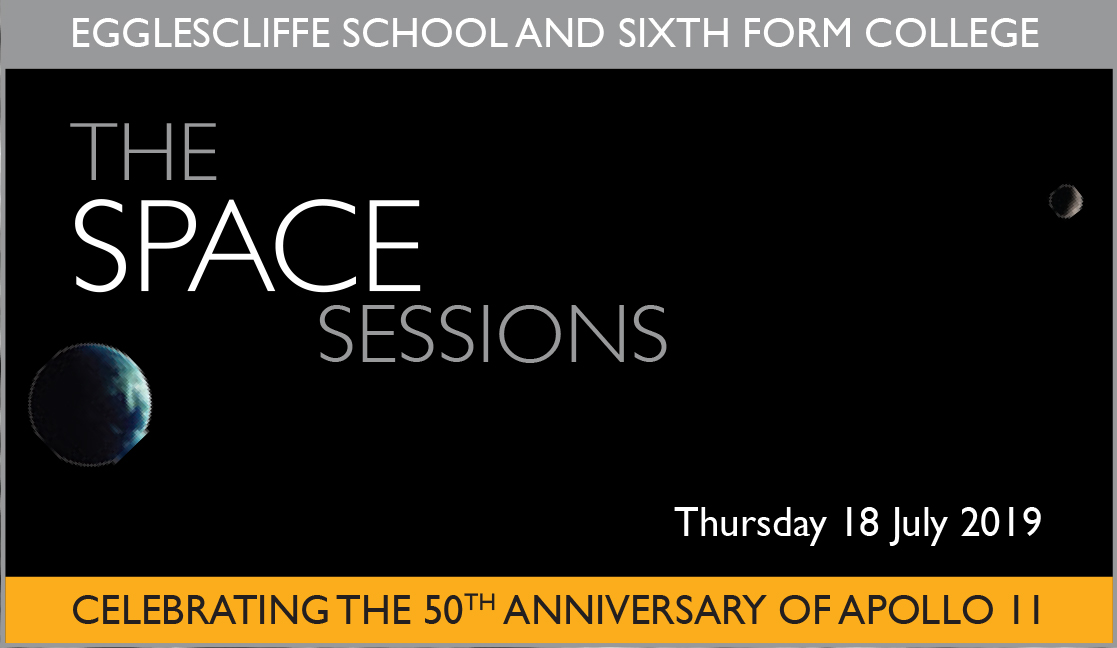 The Eagle has landed…

Egglescliffe School & 6th Form College is proud to play a part in hosting celebrations to mark the 50th anniversary of the Apollo 11 Moon landings. On the 16th of July, 1969, Astronauts Neil Armstrong, Michael Collins and Edwin ‘Buzz’ Aldrin launched from Cape Kennedy in Florida. The mission was set to make history and accomplishing the goal set by President John F Kennedy in 1961.

On 20th July, Armstrong and Aldrin touched down on the surface of the moon in the lunar landing module known as the Eagle. Neil Armstrong climbed down the ladders and muttered the immortal words “One small step for man, one giant leap for mankind”. 650 million people watched the incredible moment on TV, broadcast around the world.

To celebrate this event, the school are hosting the Egglescliffe Space Sessions throughout Thursday 18th July 2019.

There are to be a series of talks throughout the day to the students, followed by an opportunity for our parents and community to attend some talks on the evening. The event is supported by some of the legends of the Science and Space community;

Dr Suzie Imber – Associate Professor in Space Physics, Pro-Vice Chancellor (Students), University of Leicester; winner of the 2017 BBC Two – Astronauts: Do you have what it takes?