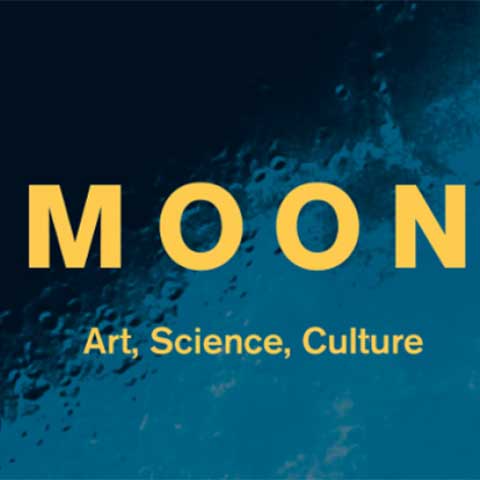 Humans have been fascinated with our nearest heavenly body, the Earth’s Moon, since prehistoric times. In 2019 it will be 50 years since we set foot on the Moon during the Apollo space missions. Join astronomer Dr Robert Massey and art historian Dr Alexandra Loske at Stonehenge Visitor Centre for an illustrated talk about how our obsession with the Moon has manifested itself in the sciences and visual arts, from earliest ritualistic drawings and objects, Romantic symbolism and silent movies, to scientific observation, photography, and space race propaganda.

Dr Alexandra Loske is a writer and art historian specialising in late 18th and early 19th century art and architecture. She was born and grew up in Germany, read linguistics at Humboldt University Berlin, and moved to England in 1997. She has been an associate of the University of Sussex since 1999, where she obtained a PhD in 2014. Since 2015 Alexandra has been the curator of the Royal Pavilion. Her fascination with the Moon was sparked by the ubiquitous presence of the Moon in Romantic painting and literature.

Dr Robert Massey is Deputy Executive Director of the Royal Astronomical Society, where he spends his days making the case for astronomy to the wider world. Before joining the RAS, his career took him from PhD research in Manchester on the Orion nebula to teaching, local politics, and then a stint as Public Astronomer at the Royal Observatory Greenwich. With the art historian Dr Alexandra Loske, he recently published Moon: Art, Science, Culture to commemorate the 50th anniversary of the Apollo 11 landing.

This lecture, the first in our Celestial Stonehenge programme, is free to attend but tickets must be reserved in advance. Details can be found below.