Installation of Moon Dial in the garden of J.M.W Turner’s House in Twickenham, London 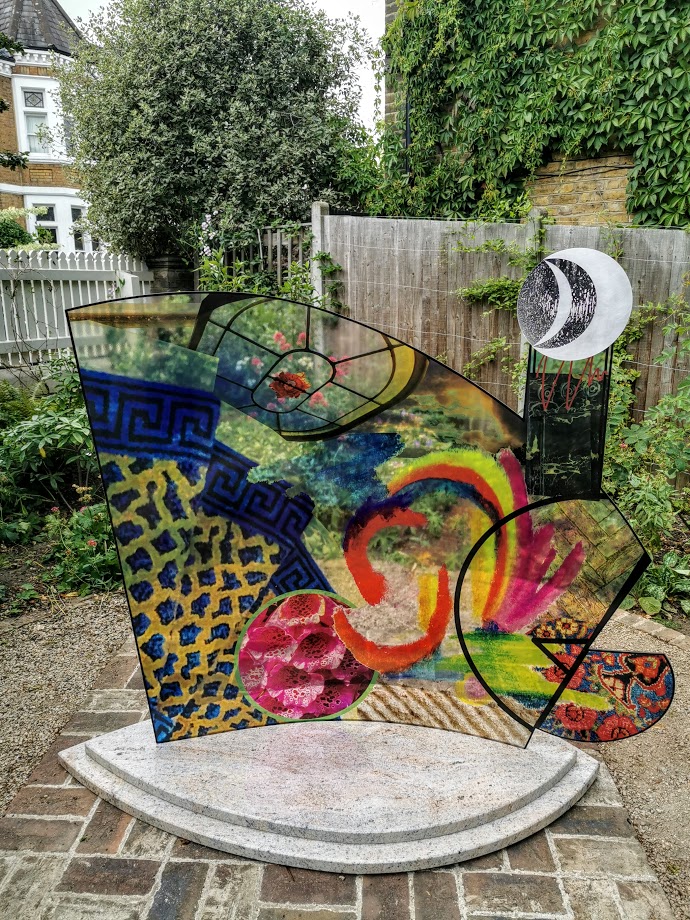 Artist in residence at Turner’s House, Nicky Carvell will install “Moon Dial” in the garden of the house that J.M.W Turner designed for himself in Twickenham on July 21st. It evokes the magic of a moonlit garden and was inspired by Turner’s nighttime painting, Fishermen at Sea (The first oil painting Turner exhibited at the Royal Academy in 1796 and now at Tate Britain). The focal point is an abstract moon above a tower, which he had designed in one of his early architectural drawings for the house. It also features the house’s laylight, and to the right are clouds photographed at Richmond one day when Carvell had just left the lodge; the stairs fan out to add a sense of motion leading down to vivid fuchsia foxgloves which add colour to this part of the garden in the summer. Nicky used colourful oil pastels to amplify and abstract feelings of joy in British summertime. Bottom right in the piece is a detail of a Turquerie carpet which Turner and his father were known to have collected, an example of which can be seen in the bedroom. The sculpture has been curved to mirror the architecture of Sandycombe Lodge and the plinth has been designed to resemble an eye.