Luna: a play about the Moon 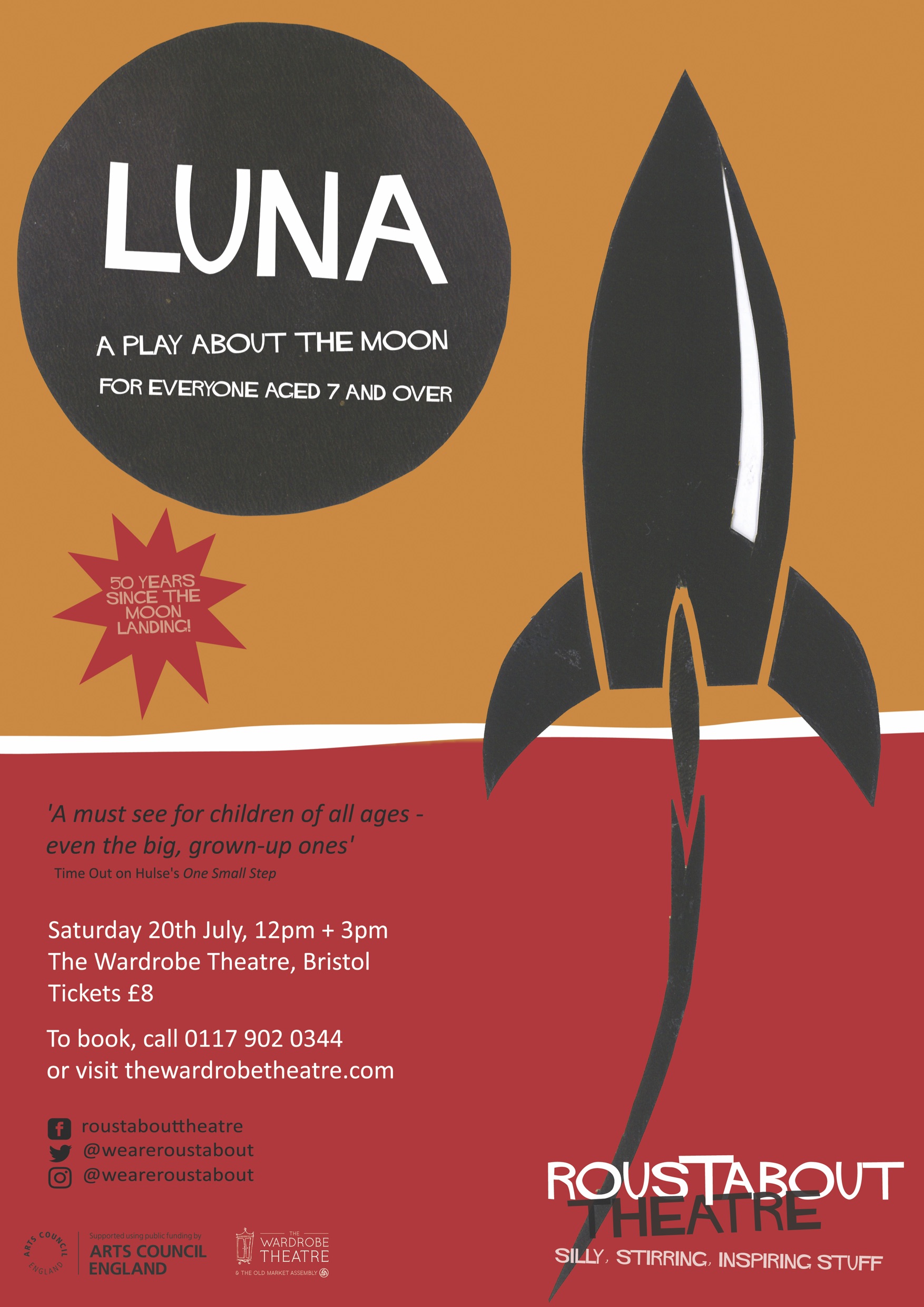 For as long as we have turned our eyes to the sky we have been entranced by the moon. It controls our tides, stabilises our orbit, marks our time. And on July 20th 1969 two humans finally landed on its surface.

Luna is a joyous adventure through humanity’s ongoing fascination with this mysterious lump of dead grey rock, from our earliest attempts to explain its ever-changing presence, to the extraordinary achievements that culminated in Neil Armstrong’s one small step. Playing at The Wardrobe Theatre exactly 50 years to the day since the first moon landing, Luna is a rich feast of storytelling, puppetry, music, history and science.

Directed by Toby Hulse, performed by Shaelee Rooke and Robin Hemmings, plus a supporting cast of household objects and domestic lights.

“A must see for children of all ages – even the big, grown-up ones.”
Time Out on Hulse’s One Small Step

“Boisterous magic.”
The Guardian on Hulse’s The Lost World