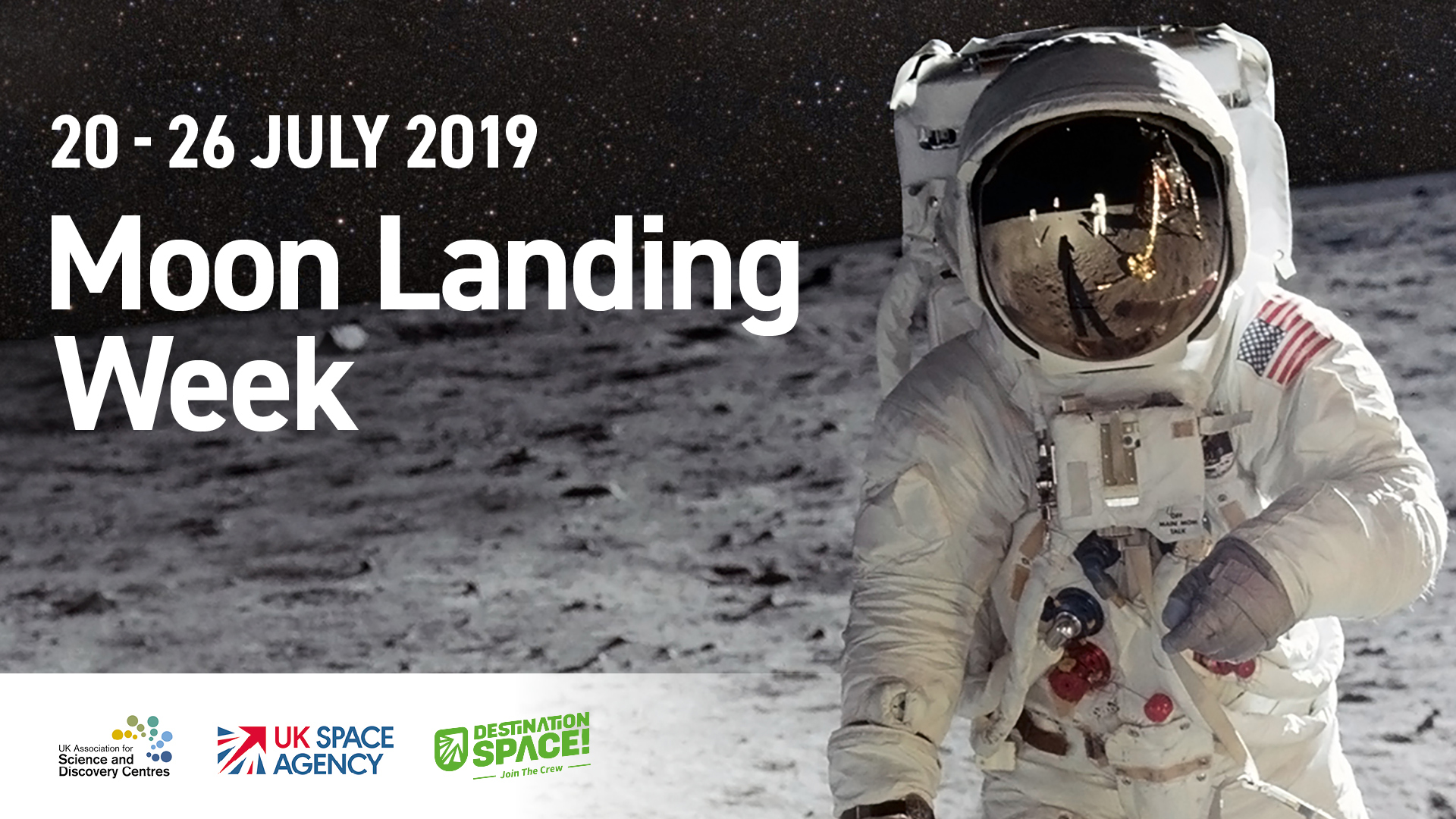 Celebrating 50 years since humans first walked on the Moon.

​​​​​​​20 July 2019 marks 50 years since humans first walked on the Moon. The achievement was so epic that one day is not enough to celebrate this anniversary, so we’re celebrating the Apollo 11 Moon landing for an entire week at Life Science Centre!

Whether you’re old enough to remember watching the Moon landing or you have a child fascinated by space exploration (let’s be honest, who isn’t?!), there’s something for everyone for a fun family day out.

Highlights include:
– Touch a genuine Moon rock.
– Explore the Moon in a special edition of the presenter-led planetarium show Live Skies.
– Embark on a lunar mission in the 4D motion Ride Legend of Apollo*.
– Be amazed by mini performances about the historic Apollo 11 mission.
– Make a hanging Moon and rocket mobile to take home.