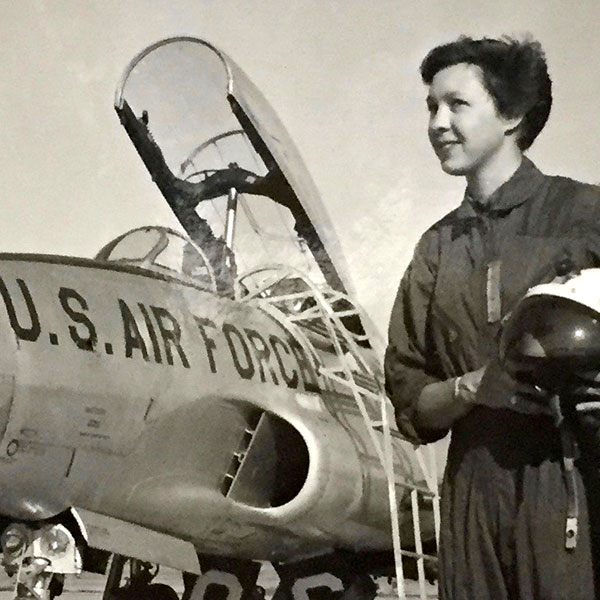 In 1961, Wally Funk was among the Mercury 13, the first group of American pilots to pass the ‘Women in Space’ programme. Wally sailed through a series of rigorous physical and mental tests, with one of her scores beating all the male Mercury 7 astronauts’, including John Glenn’s, the first American in orbit.

But just one week before the final phase of training, the programme was abruptly cancelled. A combination of politics and prejudice meant that none of the women ever flew into space. Undeterred, Wally went on to become America’s first female aviation safety inspector, though her dream of being an astronaut never dimmed.

Wally will be joining host Sue Nelson at the National Space Centre for a special day looking at the Mercury 13 programme and women in space.

Wally Funk’s Race for Space; The Extraordinary Story of a Female Aviation Pioneer

Take a seat in LIVE Space to hear about the Mercury 13 programme and Wally’s amazing offbeat odyssey, with host Sue Nelson.

We will have copies of Wally Funk’s Race for Space; The Extraordinary Story of a Female Aviation Pioneer for sale, which you can get personalised and signed by Wally Funk and Sue Nelson.